5 Negotiation Skills To Help You Seal Your Next Deal 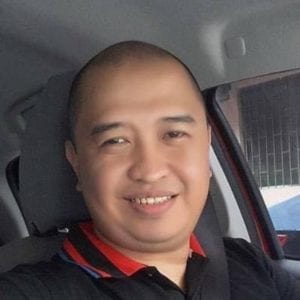 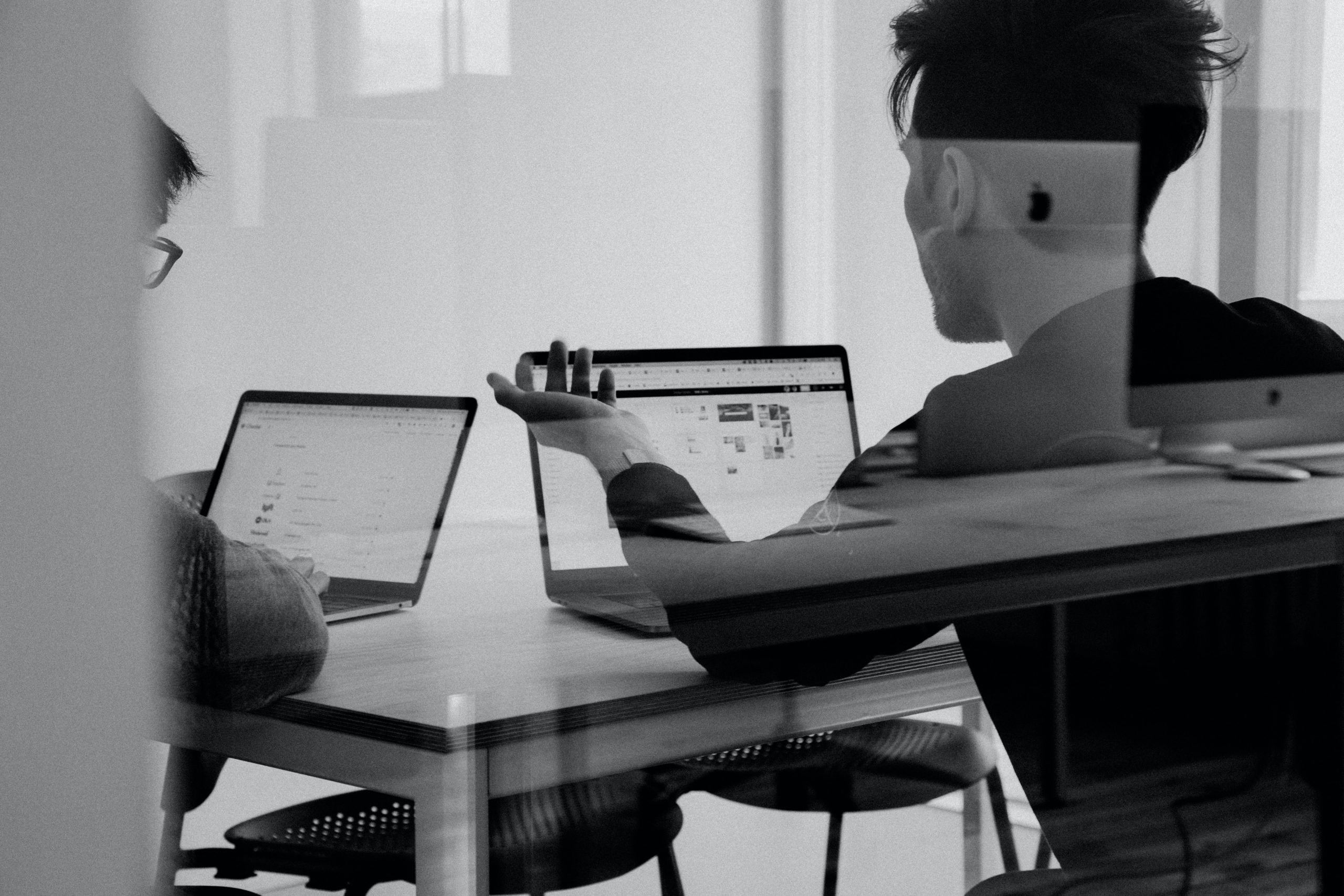 What does buying goods, discussing daily chores with children, and hiring a freelancer have in common?

You may not immediately realize it but each of these interactions is, in their own way, a form of negotiation.

Yes, negotiation isn’t limited to buying a car or talking to a kidnapper. The truth is, most of the interactions we have every day can all be considered a negotiation.

Negotiation is usually defined as a method by which people settle their differences. Its ultimate goal is for both parties to come up with a compromise or agreement where everyone will benefit.

If you’re looking to improve your communication skills or are preparing for one anytime soon, you’ll need to have a better understanding of what a negotiation entails as well as the additional skills you’ll need to pull it off.

Keep reading to learn about the negotiation skills you’ll need to seal your next deal.

To start things off, knowing the different stages involved in a negotiation would go a long way especially if you can implement each stage properly.

Preparation is essential for any huge endeavor especially when it involves negotiation. It’s just too risky to come to a negotiation unprepared not only because of the likelihood of failure but also because of the implications it may have on your reputation.

Before coming to a negotiation, make sure you clearly understand when and where the meeting will take place. Is it going to be face-to-face or via Zoom? If so, what time will the meeting take place?

Make sure to do your assignment as well by getting a clear understanding of the pertinent facts relevant to the negotiation beforehand. This will help you defend your position a lot better, apart from ensuring that you know what you’re talking about and what the consequences of your position will be.

This is the part where the actual negotiation takes place. It’s the part where both parties lay down their cards, listen to each other’s arguments, and ultimately come up with an agreement.

It’s worth noting that the discussion stage isn’t all about talking. For the negotiation to become a success, both parties should actively listen to each other’s points, ask the most important questions, and more importantly, make the necessary clarifications if something’s not clear.

Keep in mind that negotiations are supposed to be a two-way street so try not to focus too much on what you want to say but also give the other party a chance to present their side.

Listen actively to what they have to say because the more both parties understand the key points of the discussion, the quicker it will be to resolve any impasse that may exist.

It’s safe to say that clarification is crucial in any negotiation process. Without it, further misunderstanding can occur which may then lead to complications that can make matters worse.

Clarification is key to establishing a common ground because this is the stage where the goals, interests, and viewpoints of both parties are further scrutinized.

Negotiate Towards a Win-Win Outcome

Finding a way to benefit from a deal is what holding a negotiation is all about. However, it’s important not to consider the needs of the other side in addition to your own.

When you’re sitting at the negotiating table, the mindset should be for both sides to gain something positive which is why both sides should also be given due consideration. Be sure to ask questions to get a clear understanding of what the other side is looking for. If you know they are dealing with a specific problem, tell them how you can be a part of the solution.

Ideally, a win-win outcome is what everyone should strive for. While this may not always be possible in every situation, it should, at the very least, be the negotiation’s ultimate goal.

Once everyone’s viewpoints and opinions have been considered, the next stage is to come up with an agreement.

As simple as that may sound, coming up with an agreement actually tends to be the most difficult. This is because, for an agreement to be reached, all parties involved should be willing to compromise.

If one or both parties refuse to give in to the other side’s propositions, agreeing may take time which is why you should keep an open mind before coming to this stage.

After a decision has been reached, make sure that you understand what’s been agreed upon because it will dictate your next course of action.

Coming up with an agreement is, in some way, a form of building relationships. You wouldn’t want to ruin that relationship by agreeing to something that’s not clear, wouldn’t you?

Implementation of a Course of Action

The last stage, which is a culmination of the entire negotiation process, is the implementation of a course of action based on the decision that was made.

This is where strategic planning and action planning comes into the picture. If you’ve negotiated a deal with a social media client, for example, this is the part where both of you will begin executing what you’ve agreed upon in terms of the number of posts you’ll publish per week or the time you need to publish them, among others.

Knowing the different stages of negotiation can make a huge difference but if you’re going to become an effective negotiator, you need to possess the following skills.

Problem analysis is crucial to every negotiation. Having a clear understanding of the issues you’re facing, the parties involved, and the outcome everyone is expecting is detrimental to effective negotiation.

A good example of this would be a contract negotiation between an athlete and his or her team where the common sources of disagreement are salary, relocation, and contract length.

In such a situation, a compromise can easily be reached if both parties agree that these issues are the reasons for the impasse. This common understanding will then help them come up with solutions that will benefit both parties.

For you to become an effective negotiator, you need to become a better listener. Active listening allows you to do more than just hear the words the other party has to say. When you’re in a negotiation, you want to listen to understand as opposed to listening solely for the same of responding.

Not only will active listening show the other party that you’re truly engaged, but it also ensures that you’re getting all the information you need.

Let’s be honest. Negotiations, especially the more intense ones, tend to become emotional, something that also causes its downfall.

A good negotiator knows how to keep his or her emotions in check because they know full well that letting emotions take over will lead to unfavorable results.  This is why having high emotional intelligence is essential.

When most people hear the term emotional intelligence, they immediately think of romantic relationships.

Sure, a negotiation isn’t the same thing as a relationship, but there are some similarities. For example: if you’re in the middle of a divorce and you’re getting frustrated because of the time and money the proceedings have cost you, you may be willing to accept any proposed settlement even if it doesn’t benefit you much because you just want everything to be over.

The above strategy wouldn’t be a smart move in a divorce, and it’s not a good idea for your business negotiations either. If you’re thinking clearly and not letting emotion cloud your judgment, you’ll likely wait it out until you’re satisfied with the other party’s proposition.

Good decision-making is one of the traits of a good leader and negotiator. The ability to act decisively during a negotiation isn’t something you’ll find in most people because it involves courage and accountability to make such important calls.

This is why it’s important to clearly understand every facet of the negotiation because it will give you the confidence to make these critical decisions without worrying about the possible consequences.

There’s no question that confidence is essential when coming to a negotiation table. You have to be able to back up your claims and stand for what you believe in a positive way which is what assertiveness is all about.

There’s a huge difference between getting your point across calmly and professionally compared to forcing the situation and offending the other party.

With assertiveness, you can be confident and imposing without coming across as arrogant and overbearing, something a good negotiator should possess.

Negotiating is never easy, especially if it involves a job or money. It takes a person with excellent negotiation skills to accomplish their goals and build better relationships with the other party involved by learning how to effectively communicate and compromise.

Now that you know what you need to do, it’s time to head into your next negotiation with confidence.

Noel Rosos is a personal development writer, motivational speaker, entrepreneur and founder of Life’s How You Live It, a personal development blog dedicated to helping people live the life they’ve always dreamed of. He is also a writer/contributor for Arianna Huffington’s wellness site, Thrive Global. He is an affiliate marketer, a full-time husband and father, and a self-proclaimed FAILUROLOGIST.

4 Tips For Managing Your Amazon Inventory

How to Create a Blog and Double Your Income

How to Write a White Paper