5 Reasons Why You Should Give Bonuses to Freelancers 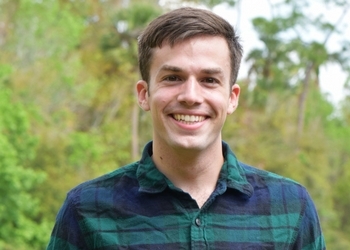 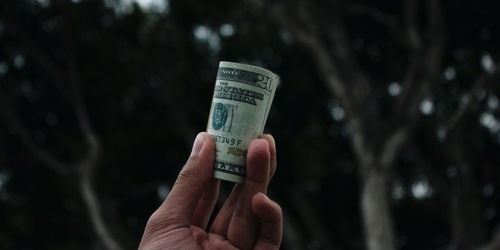 Whether you know it or not, the freelancers you have hired are beginning to wonder who of their clients will be generous enough to give them an end-of-the-year bonus.

As a business owner, the decision can be a difficult one. You’ve worked extremely hard for the entire year and have rightly compensated everyone to appreciate the hard work that they have contributed. It’s reached the end of the year and you must now decide how much additional gratitude you want to show towards hires in the form of financial compensation.

I sat down with my business partner and FreeUp’s CEO, Nathan Hirsch, recently to talk about the importance of bonuses and how we have seen it play out over our 7 years of working together. W

e decided to put this article together to provide 5 reasons why you should consider giving bonuses out to freelancers this year. The reasons stem from our 7 years as entrepreneurs and the results we have seen from our decisions centered around end-of-the-year bonuses.

Turnover is one of the most costly events that can happen to a business throughout the duration of each year. When turnover occurs, you’re left in a stagnant place where you must temporarily cover that person’s tasks, recruit, and interview for the best possible replacement. It’s a situation no business owner wants to have to deal with.

Giving bonuses at the end of each year equivalent to the individual’s efforts and longevity with the company will demonstrate your confidence in them. They will feel fairly compensated leaving them in a situation where they are not seeking other jobs.

2. Bonuses increase passion for the company

Most freelancers decide to work for a particular client because they see a future for the company and they are intrigued by what the business offers.

After a year of working towards the goals of the company, freelancers become more attached to what could happen next and they begin to feel responsible for certain results that they have control over.

When you take a piece of the profits that they contributed to generating and reward them with it in the form of a bonus, their passion drastically increases.

While speaking with Nathan to get his opinion on this particular matter, he shared the following:

This is one of those things that is hard to put into numbers. As a whole I saw a night and day difference from when I gave bonuses to when I cut back. People want to be appreciated. Freelancers have some idea of how well the company is doing and how they contributed. Reward them accordingly and they will do the same to you the following year.

3. Bonuses build respect between you and freelancers

We’ve all heard the saying before that “all freelancers hate their bosses.” There have even been movies made just to iterate the belief.

We’re here to tell you that all of that is a myth. Bosses can be loved by their freelancers, but you must give to get.

While there are many factors outside of financial compensation that can build respect for you with freelancers, giving bonuses at the end of each year is one of the simplest ways to put the right foot forward.

Taking the time to sit down and calculate bonuses for freelancers shows that you care about their well-being. That small token of appreciation goes a long way towards building a trusting relationship with freelancers.

Take a minute and think about this situation.

It’s the end of the year and everyone just worked their tails off to make this holiday season one of the most profitable for you and your business. Think of how productive these freelancers would be in the first quarter of next year if you didn’t award bonuses. Now think of how their productivity may be impacted if you gave all of them bonuses.

Do you see a difference?

People are motivated by money. Giving bonuses will make freelancers feel appreciated, but also responsible to bring it even harder in the next year.

When you set the precedent that bonuses follow busy seasons, you create a long-term motivation for freelancers. While they know that busy season is not easy — and they will probably have to sacrifice sleep — they have something (bonuses!) to look forward to.

Without that precedent set, the thought of quitting or not working as hard can begin to creep into their minds.

Giving bonuses to freelancers can be a difficult decision to make, but the results will greatly outweigh the initial cost.

How To Give A Bonus To Your Freelancers In FreeUp

Giving bonuses to freeelancers in the FreeUp platform is easy.

As Nate and I concluded our conversation about the importance of bonuses, he said something that stuck in my mind,

Cutting back on bonuses was one of the poorer decisions I made as a young entrepreneur.  The negative impact that I saw in the following year in comparison to previous years where bonuses were flourishing convinced me that bonuses make a huge difference.

Show freelancers that you appreciate them this year by rewarding them with an end-of-the-year bonus. It can and will be a game-changer for the next year of your business.

Connor Gillivan is the co-founder of FreeUp. He has hired hundreds of freelancers to help grow multiple businesses to 7 figures and beyond.

How to Hire a Bookkeeper Online

What You Should Know Before Hiring Online Bookkeeping Services